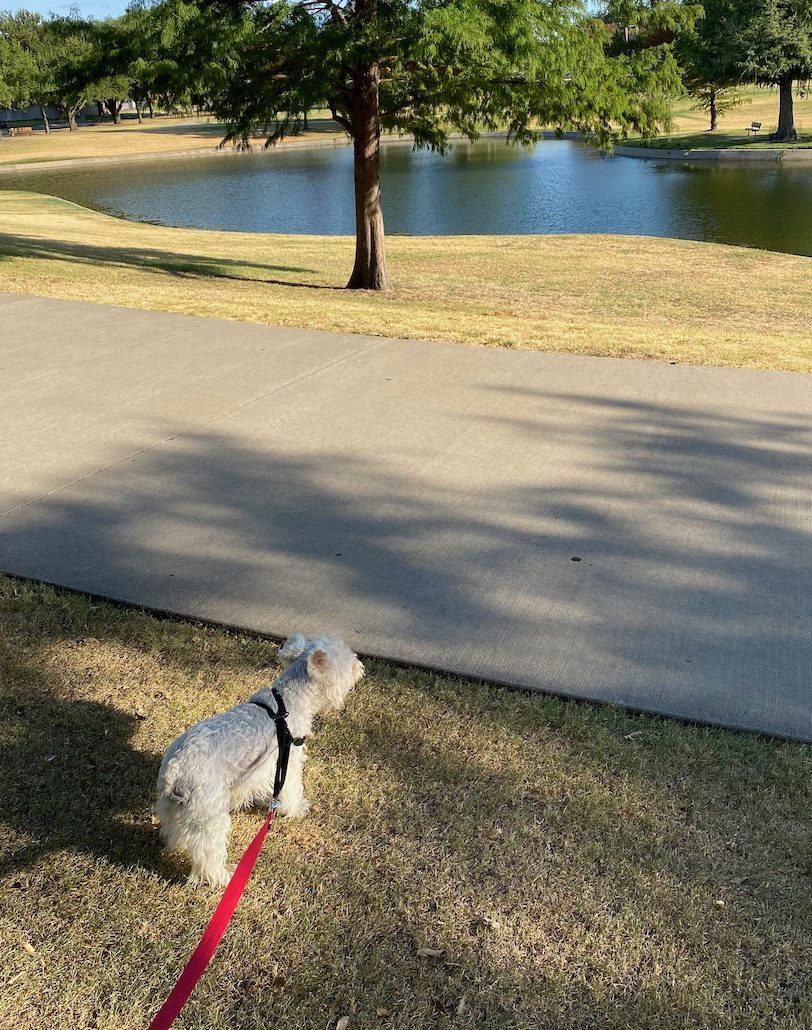 “Honey, I want to tell you something, but I don’t want you to freak out.”

Craig had just sat down to his dinner. He reluctantly responded with, “What is it baby?”

After a moment, I said, “I was cuddling with Izzie this afternoon and I happened to notice one of her lymph nodes is enlarged again. One of the ones under her chin.”

He was silent. “I guess we were expecting this,” he said after a while. “We knew we were on borrowed time.”

Craig was right. We borrowed  this time, during which we gave her so many treats and so many cuddles. We made sure she was happy and loved. And in the meantime, she brought us so much joy with her excited energy each time we come home.

Even so, I hated discovering this enlarged lymph node. It left a pit in my stomach. Yesterday I took Izzie out with me on a Pokemon hunt. We’ve been doing more of these lately. Sometimes we just drive around and she hangs out in the front seat. Other times we’ll actually stop at a park and go for a short walk, nothing too strenuous.

In recent years, others have diverted my attention from her. First Craig, then, one by one, each of the cats. But Izzie has remained my constant shadow throughout all of life’s changes, following me from room to room and intently observing my moves and my moods.

But when she and I are alone like this, I’m reminded of what it was like before all of that. When it was just me and her.

As we strolled along the edge of the pond in Huffines Park, this time I was the one observing her. I watched as she sniffed at the grass and occasionally paused to gaze across the water. I remember when she was younger, she could not keep still when we were out at the park. She she would sniff and tug at her leash, wanting to go wherever her nose told her. But as she grew older, she became more docile and less excitable. Sometimes she would stand still, staring off into the distance, for a while. What was she thinking? I wondered. Was she pondering her future like humans do? Or was she just living in the moment, contemplating whether or not she had the energy to chase the pack of birds that were milling about ten feet away?