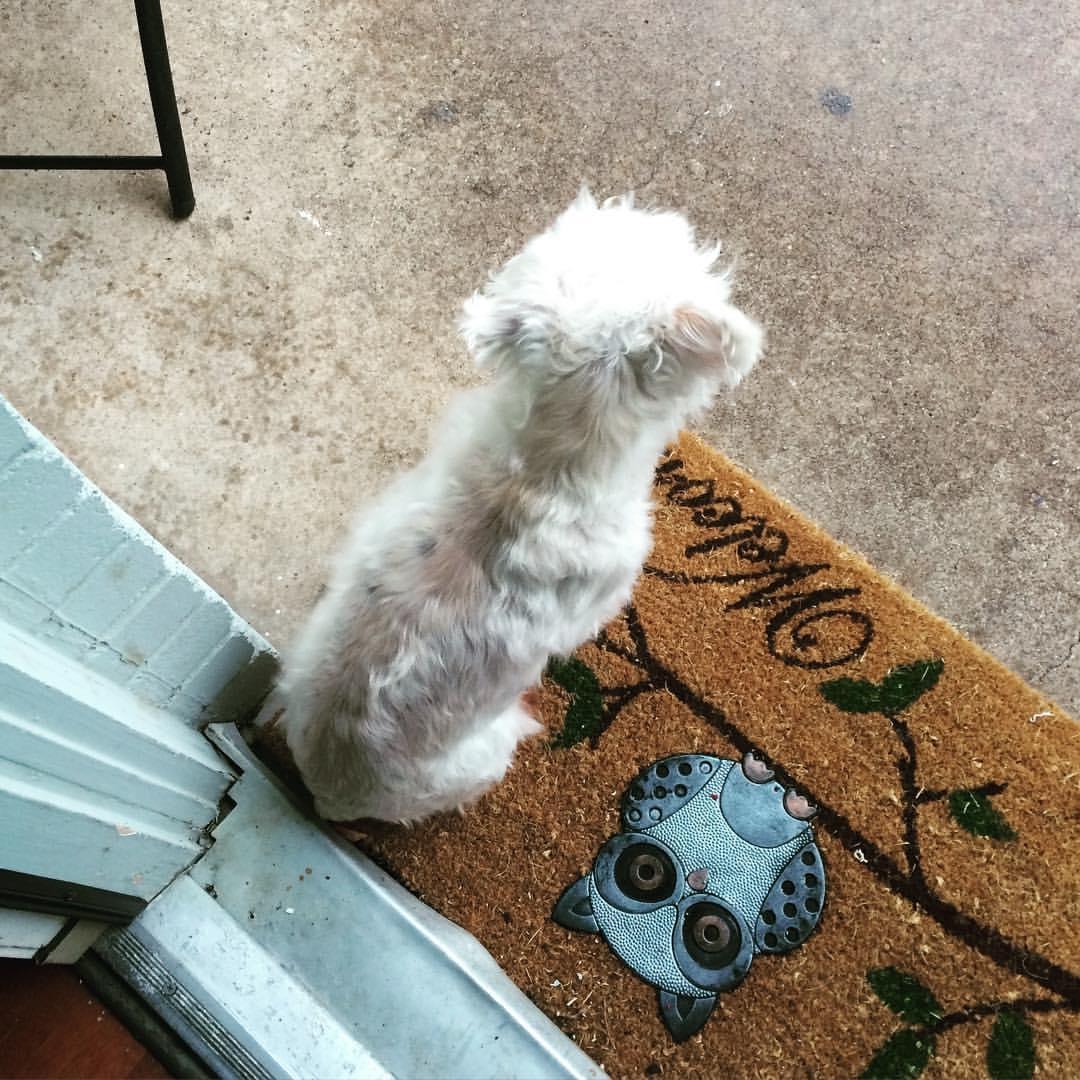 This photo popped up in my Facebook memories and made it a perfect segue into what happened yesterday afternoon.

I had just finished work for the day and decided to begin my afternoon ritual of unwinding. I switched out my computers and let Izzie out into the backyard. I put my yard shoes on and gathered some pruning shears and joined Izzie outside.

The weather was lovely and brisk, not nearly as hot as it was earlier in the week. In fact it was quite chilly. I picked up the garden hose and started watering some of the plants and as I did I started looking around for Izzie. Our yard is pretty large, flat, and pretty wide open except for a fenced off corner that we refer to as the “pig pen” even though we don’t really know if that’s what it was used for. Usually she’s not hard to spot, but this time I didn’t see her immediately. I didn’t think anything of it because this wouldn’t be the first time that I’ve lost sight of her in an overgrown hedge.

But as I’m standing there, watering hose in hand, I hear, “Hello, hellooooo!” from behind me. I turn around and there’s one of our neighbors, a tall guy about my age or older, standing at our side gate with Izzie in his arms.

“Oh my goodness, Izzie!” I said, dropping the garden hose and rushing over. Then I realized what happened. “Ugh,” I said. “Craig must’ve forgotten to close the gate when he was working out here.” I was relieved but also amused because she seemed pretty proud that she brought a friend home. “I’m so sorry, I hope she didn’t bother you.”

He laughed. “Oh no, well the funny thing is, when she’s in this yard, she acts like a tough little badass barking at everyone from behind the fence, but when she was out there, she ran up to me just as sweet and friendly as she can be!” And then he said to Izzie, “We know what you’re really like, don’t we?”

“No problem!” he said, and closed the gate behind him. I laughed again and scolded her playfully.

This is not the first time that Izzie has left the yard. Unlike other dogs who would probably take off wandering for miles, Izzie never really goes far. She will often just wander over to the neighbor’s house, or even just walk around to the front door and bark to be let inside from there. I’ve always been very relieved that she does this. I like to think it’s because she knows her heart is here with us, but let’s face it. This is Izzie. Her heart is wherever her treats are.