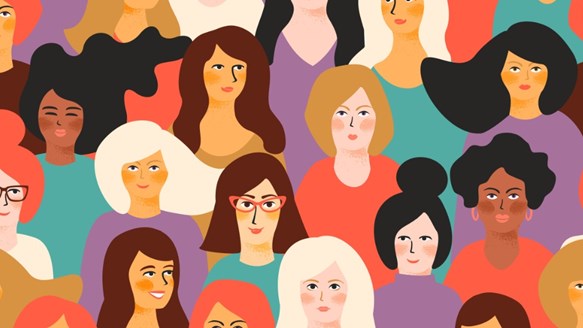 I have cried a lot for the last few days. My tears represent many things, sometimes it’s despair over what our world is coming to.

Sometimes my tears represent my regrets. Would things have been better had I not said anything at all?

But I look at my life, I look at my friends and my husband and I think no. I have all of this because of that one event that occurred when I was 23, and many events thereafter.

Because at that time, I had one more year left of college and my whole life ahead of me planned. And then one day I took a pregnancy test and it told me something that would forever change me from that point on.

I grew up Catholic and although my religion at the time revolved more around class presentations, writing papers and celebrating the successful completion of said papers with booze, Catholicism was still the only set of beliefs I knew.

So when I got pregnant, I thought long and hard about my options. I was clearly not ready to have a baby. My partner and I at the time were still young and we both still had plans that did not include raising a child. I also lived through my sister’s experience with her unexpected pregnancy and what it did to my parents–how it affected our entire family in both negative and positive ways. But also how it affected me, how it cascaded into the many lectures my mother gave me as a teenager about how to not put myself in that same predicament, how she said I need to focus on school and my career and being able to take care of myself first before getting pregnant.

Did I really have to commit the next 18 years of my life to another human being I didn’t want all because I didn’t know that the pill is only 99% effective when taken PERFECTLY? Otherwise it’s only 91% effective?

I remember making appointments that week (only after taking multiple pregnancy tests to make sure I was indeed pregnant). I visited Planned Parenthood and talked to a counselor there about my options, what to expect, next steps. My partner supported me every step of the way.

Meanwhile I could feel this… energy in my belly. It was hard to describe. It felt like a ball of electricity, humming and working its scientific processes to form itself. In my head, I kept telling it I was sorry, but I was not ready for it yet. “Someday I might want you, but right now you are not in my plans.” One night, the humming stopped.

And then the next morning, I miscarried.

I remember skipping classes that day, lying in bed for hours from the pain. I took constant trips to the bathroom to change my menstrual pad and sit over the toilet so my body could go through the natural process of flushing out what it needed to. My best friend Christina and neighbor lived on the other side of my building and checked on me, brought me food. She said she was sorry I was going through this. I wasn’t though. The pain was excruciating, but the long term results were worth it.

I never told anyone about this. Only my partner and Christina knew. Later I would tell my cousin Mae, who has also been one of my best friends. It was the first time I would be met with opposition. I distinctly remember driving while I was on the phone with her at the time. “You shouldn’t use abortion as birth control,” she said.

The conversation didn’t go much farther than that. I remember feeling… ashamed. But I didn’t resent her for not supporting my choice. Because I know that her opinion was only reflective of what she would do in that situation, and I know mine was right for me. We continued to be in each others lives through every major event. I was even her bridesmaid in her wedding. For years I maintained the belief that she did not agree with my choice and I was ok with that, I love her all the same.

The other night, she messaged me. She said she saw the back-and-forth my sisters and I got into on one of my pro-choice posts. We both laughed about it. “You and your sisters man… but yeah, mind ya business,” she said, referring to my sisters. “I myself don’t understand why we care so much of what other people believe or what they are doing. We have too many uneducated fools getting pregnant and not knowing how to raise their kids. And then we end up having to pay for them or they grow up with no support and they end up shooting our children?”

“Fuck that shit,” she added. I smiled.

“Yeah, I totally agree,” I said, “That’s the point I was trying to get across to them. Like, you don’t have to do anything you don’t want or even believe in, but it is not your place to decide for others.”

We talked about other things, like how her 10 year old daughter was asking questions about all the events that were happening right now and what it meant that women were losing their rights to their own body. She said she even had to get a book on how to navigate controversial topics with pre-teen kids.

“Wow, I think I need to read that,” I said. Only because I wanted to know what it was like to be a parent to pre-teens in this social climate.

That night, I slept soundly, much more soundly than I had in days. I didn’t have thoughts of worry bouncing around in my head.

More and more, people in my life continued to come out of the woodwork and express their understanding about how body autonomy should be a fundamental human right for both women and men, that without those rights, we may as well be slaves.

It doesn’t matter to me whether or not someone chooses abortion as an option. It’s irrelevant. What matters to me is that women are fully informed of all their options and have access to as many safe procedures and processes, whatever they may be. Because what I’ve learned is that as women, we need to be safe havens to other women, no matter their situation or skin color. We have to refrain from imposing our own morals on them and provide them with a judgement free zone so that they can be comfortable in whatever path they choose.